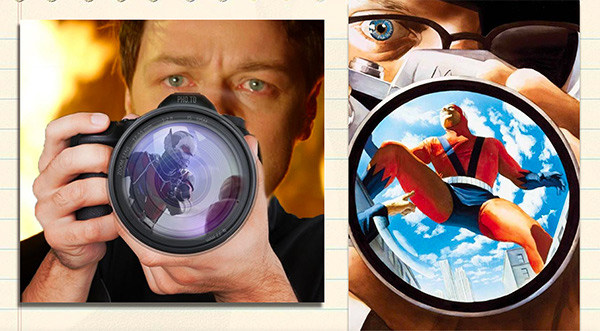 He spent his childhood watching all of the classic films and says his favorite book is The Ride of a Lifetime, a memoir written by longtime Walt Disney Company chief executive Bob Iger. So when he learned of Kennesaw State University’s new Disney Interactive Entertainment Study Program, the journalism student leapt at the opportunity to apply his studies toward learning the magic behind a company he has long admired.

“I knew that gaining an insider’s perspective on how an industry leader works was going to be a key takeaway for me,” Cuevas said. “Thinking through how a brand like Disney continues to grow and adapt was something that has always inspired me, and this course was exactly what I needed to challenge my creativity.”

Cuevas was one of nearly 30 students who recently took part in the program offered by the Joel A. Katz Music and Entertainment Business Program (MEBUS) and the College of Computing and Software Engineering (CCSE). Conceived as an affordable “study away” option, the four-week program is designed to give students a deep dive on how Disney and its many properties continue to pioneer world-changing entertainment technology. In its original format, students would study on campus for three weeks and spend one week at Walt Disney World to learn how the company applies the technology in its theme parks to generate unforgettable experiences.

As part of the program, students were allowed to choose from four courses with topics including 3D modeling and animation, and entertainment media production. While the coronavirus pandemic ultimately prevented students from visiting the parks this year, CCSE Dean Jon Preston said the program stayed the course by offering students an interdisciplinary approach to studying the Disney creative process, albeit remotely.

“One of the core elements of this program – whether it was from a video production, creative adaptability, 3D graphics or animation standpoint – was looking at best practices for Disney and studying the kinds of experiences they are known to create,” he said. “We still hung on to that Disney approach to excellence in the courses, which was paramount for our students.”

Keith Perissi, MEBUS director and senior lecturer of music entertainment, said the program is the result of a longtime collaboration between MEBUS and CCSE. Though they are different courses of study at Kennesaw State, he said students representing the two are able to bond over a common language: technology.

“When you mix those two worlds together, it’s like magic,” Perissi said. “I’m proud of our students for being able to pivot and make this a really unique experience.”

Perhaps no course made the pivot easier than one in creative adaptability, he added. The course is designed to help students understand the business of creativity by giving them hands-on experiences in project building. For the Disney Interactive Entertainment Study Program, this meant learning how Disney was able to work through its own creative process to adapt to the onset of COVID-19.

Midway through the course, students were treated to a live video call with Dan Cockerell, a longtime Disney employee who most recently served as vice president of the Magic Kingdom Park. Cockerell shared with the class his own experiences within the Disney brand and imparted advice on harnessing the creative process.

The course culminated with students taking Disney properties, such as Pixar, Lucas Films and Marvel, and generating pitches for how those properties could be repurposed into short films, feature films or television series under the constraints of the pandemic.

“The course really taught me how to look at things from a different perspective and learn how to create under atypical circumstances,” said Skylar Cleland, whose project focused on the backstory of Frozone from "The Incredibles." “In a way, I think COVID-19 enhanced this course and challenged us to think outside the box. It was memorable not only for the challenge it presented to me, but to also see how creative my classmates could be with their own projects, and I really hope to see them all come into fruition one day.”

Erin Lyles, a public relations student who chose to pitch a new Pixar short film that explores the colors of someone’s aura, said the program has forever changed the way she approaches a project.

“My final project was super impactful to me because I think I made it a lot more personal than I had intended to do,” she said. “It helped me grow, and it is something that will always be on my mind until I make it a reality.”