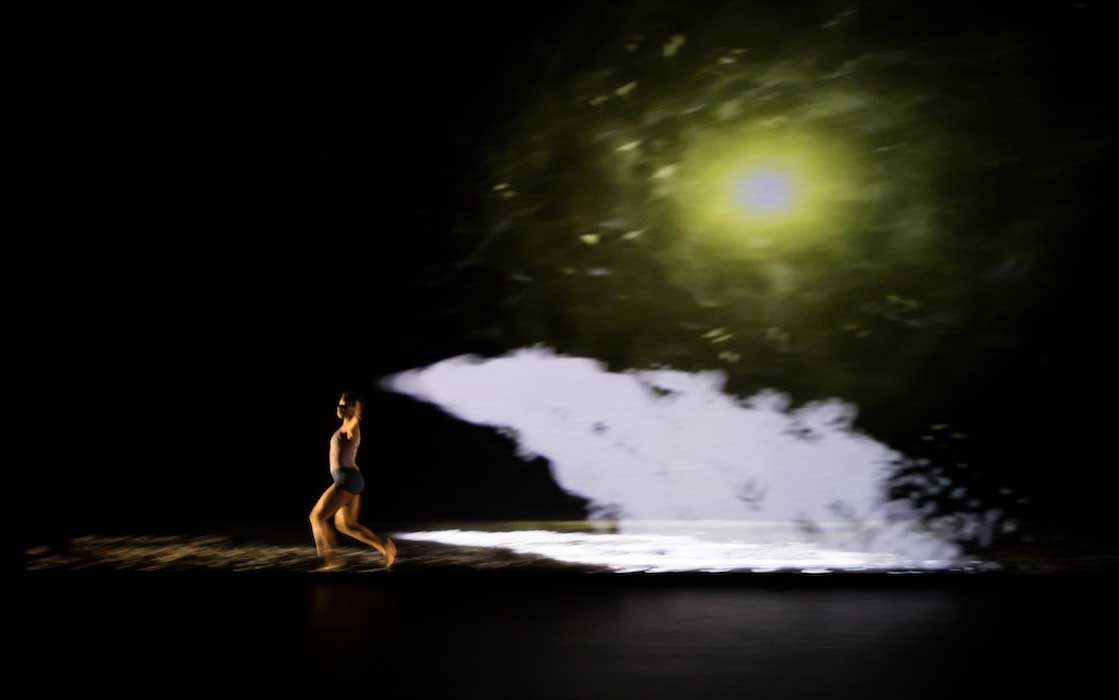 MARIETTA, Ga. (Feb 3, 2020) – Illuminated on the Kennesaw State University Dance Theater stage stood a cast of 15 student performers, facing away from the audience as the haunting sound of a thunderstorm played over the speakers.

Later, the lights cut out as a comet trail ripped across the area where the dancers previously stood. The lights returned and revealed an empty stage as if the comet appeared out of thin air. The magical effect was the result of a collaboration between Kennesaw State’s College of the Arts (COTA) and the College of Computing and Software Engineering (CCSE).

“Moon Dust,” choreographed by COTA dean Ivan Pulinkala, unveiled last week to a sold-out crowd, metaphorically explores the journey of soulmates through life into an afterlife, with the help of visually stunning effects created by CCSE virtual reality developer Jaylin Gillam and a team of student assistants. The first-time collaboration between the two Colleges, “Moon Dust” serves as a demonstration of the creativity that can be achieved when students work across disciplines, Pulinkala said. 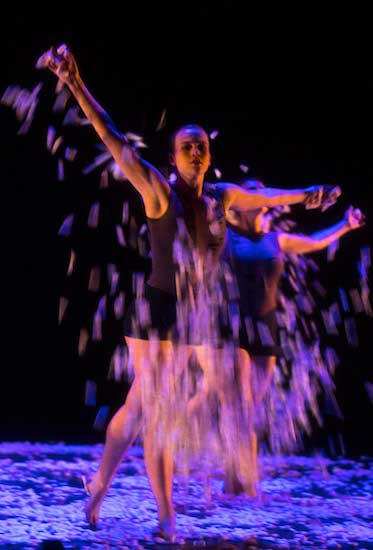 Throughout the performance, and unseen by the audience, a semitransparent screen known as a scrim is used to project computer-designed images to augment the dance routine on stage. This method of mixed reality gives the appearance that performers and the images are interacting with one another.

Appearing seamless after extensive rehearsals by the dancers and tweaking by the programmers, Gillam said the early stages of the production presented a steep learning curve. In a sense, he said, there was a language barrier between the worlds of dance and computing.

“At first, I didn’t know a lot of technical terms that were being used since I lacked a background in performance, but Dr. Pulikala took time to carefully explain his vision for the project and the inspiration he drew from the source material,” Gillam said. “At that time, we weren’t sure what the music would be, but we spent a lot of time discussing potential visuals and began bouncing ideas off one another.”

For months, Pulinkala would introduce Gillam and his team to music paired with the performance, challenging them to create visuals they felt matched the tone. The team would, in turn, create images they felt captured the emotion of the dancers and then share with Pulinkala for his input.

“I welcome the disruptive innovation that occurs when another collaborator is invited into the choreographic process,” said Pulinkala, who approached CCSE to discuss the opportunity. “The contributions made by Jaylin and the team from CCSE added a dimension to ‘Moon Dust’ that make the visuals and movement co-communicators of my choreographic intent. ‘Moon Dust’ gives audiences a unique aesthetic experience and showcases the opportunities KSU students have to grow from interdisciplinary collaborations on campus.”

Alyssa “AJ” Myers, a dance and information technology double major who took part in “Moon Dust,” said the combination of performing at the Marietta Dance Theater surrounded by on-stage graphics was appealing. Having shown interest in both dance and computing at an early age, she noted that the production combined two of her own passions.

“The most difficult thing about this dance production is being perfect, because you’re working with computer graphics on the stage,” she said. “That’s where the challenge is.” 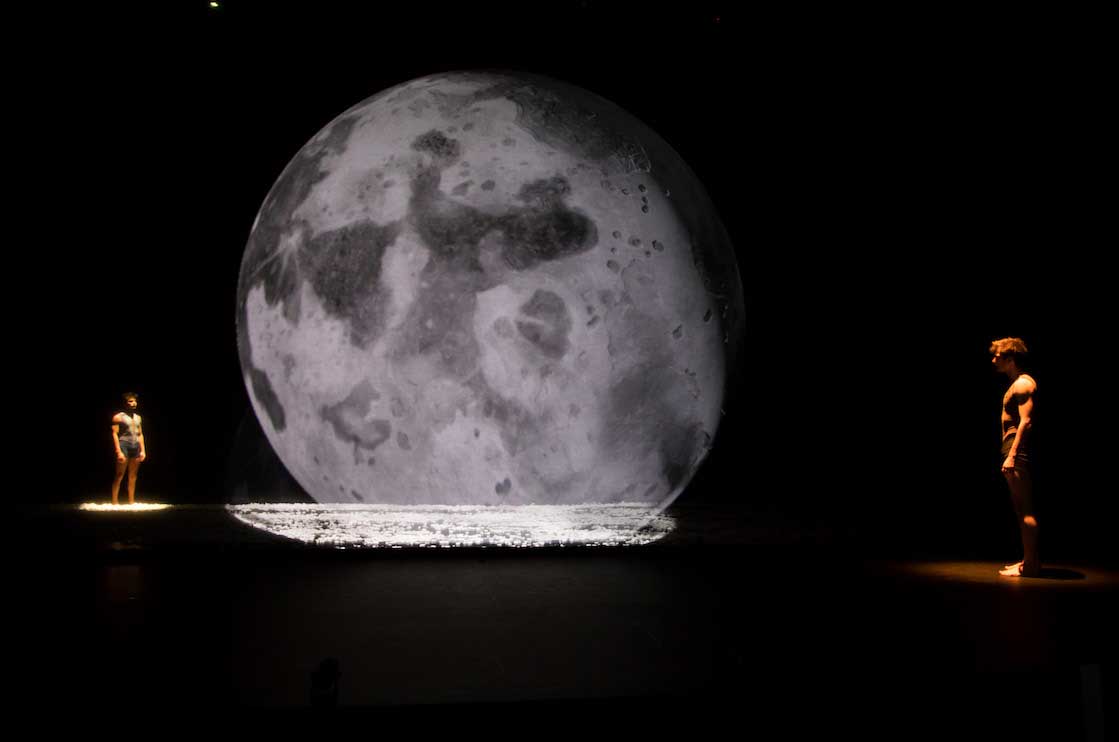 Similar to Myers, Matthew Lamneck found the performance to be the confluence of two of his own passions: computer game design and art illustration. A double major, Lamneck was pulled into the project to assist with the imagery that appears in the work’s culminating moment – a giant moon that fills the screen and slowly rotates before disintegrating. He worked with Pulinkala to identify a pattern and color scale for the moon, which he then created from scratch for the performance.

“I’ve done illustrations for smaller game jams and other projects before, but never for a production on this level,” he said. “To see something at this scale was amazing, even if it was just 30 seconds of a moon.”

College of Computing and Software Engineering Dean Jon Preston said that “Moon Dust” is an excellent example of the interdisciplinary opportunities at KSU.

“Creativity spans all disciplines, and this dance production shows what we can accomplish when we work with others who come to a project with different perspectives,” said Preston.